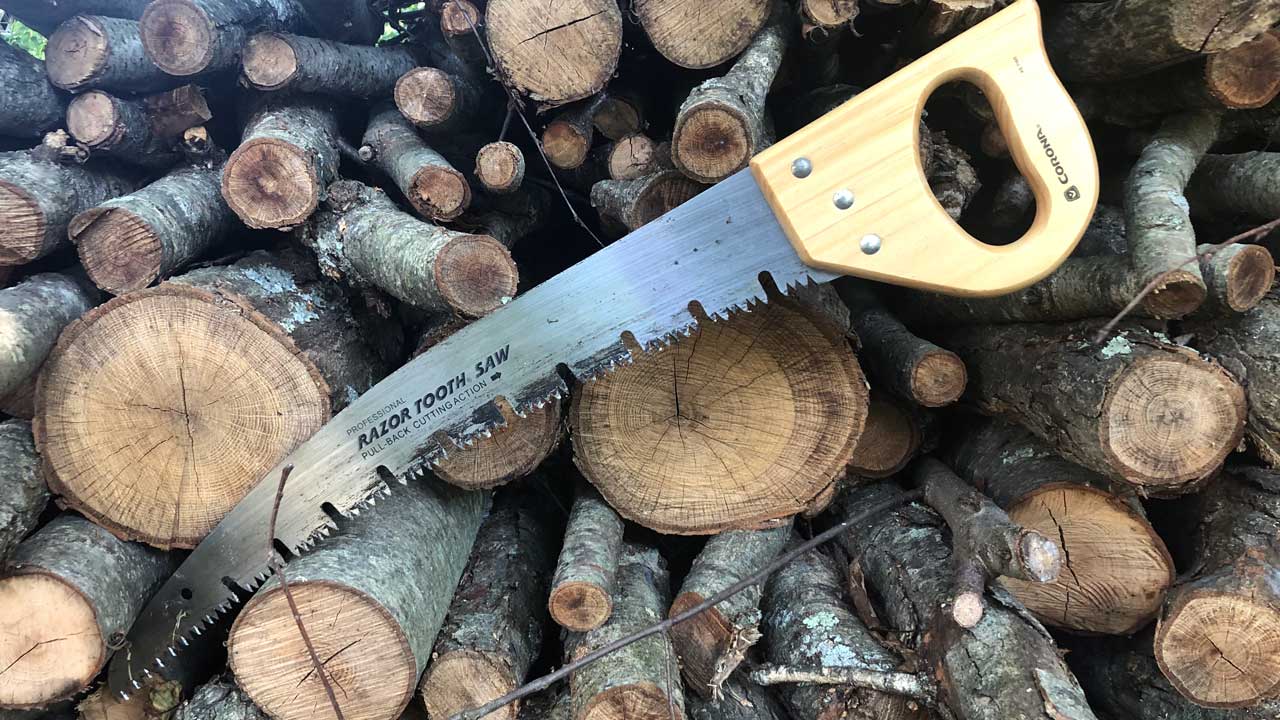 Lately I have been adopting a getting back to basics philosophy. By getting back to basics I mean performing tasks the old fashioned manual way or simply doing things the way my grandparents and great grandparents did. I have been applying this philosophy everywhere I can in my life and I have been doing it for many personal reasons and some of those reasons spill over into content for this website. That brings us to the subject of this post the Corona Razor Tooth Raker Saw,  21″ RS 7160.

Last year I had the need to cut down some small trees and cut up small logs to use as firewood. Most guys would grab their trusty chainsaw and have at it. Not me though, despite having my amazing Husqvarna 120i battery operated electric chainsaw charged ready to go I wanted to do it by hand with my 21″ Corona Razor Tooth Raker Saw. I know what you’re thinking, “he’s got a chainsaw and he’s choosing to cut by hand, he’s nuts”. Hear me out as my reasons are interconnected.

Imagine if you will there’s an emergency event or scenario that has me needing to cut wood but there’s no “machine” available through lack of fossil fuel or electricity? No problem I have this awesome crosscut saw designed to cut small timber. I should be good to go right? I simply grab my trusty Corona Razor Tooth Raker Saw and start sawing away until 30 seconds later my 53 year old ass is tired, winded and has cramps in his arms. Remember the catch phrase “use it or lose it”? Well that applies here. Even if a body is in decent shape those specific muscles aren’t used to doing that type of exercise and can quit on you pretty fast. So I want to be prepared physically for the task at hand. It’s important at any age but substantially more important as a body ages. So to recap I bought the Corona Razor Tooth Raker Saw to use in an emergency to cut timber an branches and to also provide a bit of exercise, but wait, there’s more.

The Corona Razor Tooth Raker Saw is also silent so neighbors can’t hear you cutting wood as they would with a screaming chainsaw. Think about that, my buddy calls me the tree ninja with good reason. The Corona Razor Tooth Raker Saw is also very compact and light. It can fit behind the seat of a pickup or in a trunk with no concern of fuel. After last years tornado I made a strap for the Corona Razor Tooth Raker Saw so I could carry it on my mountain bike and clean up the smaller trees and branches blocking the trails. The other thing is there is simply a pleasure of being at one with the saw cutting through a log, it’s practically therapeutic. I don’t know if the therapeutic aspect is in me because I’m also a woodworker or maybe it’s something primitive inside my male DNA.

The Corona Razor Tooth Raker Saw is incredibly sharp which makes it a fast and efficient wood cutting timber and pruning saw. In my opinion it’s sweet spot is 4″ and under. You will be shocked at how quickly the saw crosscuts a log. Cutting logs larger than 4″ I find myself wishing I bought a larger saw and I will.

In the 18 months I have been using the saw the blade has retained its sharpness despite cutting dirt covered logs and occasional slips across rocks. The saw is made very well but if you forget it outside for a while the blade will begin  to rust.  From a value perspective I think the Corona Razor Tooth Raker Saw is a $45 saw and not the $65 I paid. At the time of writing this page the tool is selling for $56 and that’s pretty fair. For perspective the next size saw up I will try is the the $189 Lynx 4′ One Man Crosscut Saw.

I can say without hesitation that the Corona Razor Tooth Raker Saw is perfect for its intended use and I enjoy cutting small logs, branches and kindling with it. The handle is comfortable with my leather gloves. 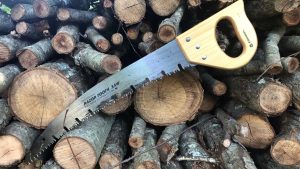